As urban populations grow, there will be increasing pressure on cities to be able to provide services in a more efficient manner. Improvements in mass transit, waste disposal and essential utilities such as water and electricity will all be needed to serve the growing number of citizens.

Smart City technology has been touted as a means by which to deliver better municipal services at lower cost and greater efficiency. Smart city technology typically comprises Internet of Things (IoT) sensors, connectivity and software. For example, waste bins might have sensors that measure how full they are and send a signal to waste disposal managers when the bins are full. This in turn can improve the efficiency with which waste is collected by optimising the timing and route of waste collection vehicles.

One of the major challenges faced when deploying a smart city solution such as waste sensors is the business case and return on investment. Building a smart city solution can be expensive, especially given that the connectivity required covers a huge area. This means that sensors need to be installed in many dispersed locations and- importantly- the network coverage must also be city-wide. Contrast this with a traditional corporate IoT deployment- which might cover only a few buildings and use the corporate WAN or LAN for connectivity, and you can see why smart city deployments might be more challenging.

Many smart city applications (including the waste sensor example) will use very low-power sensors that send very small amounts of data over long ranges. This means that the average revenue per sensor is likely to be very low, weakening the business case for network operators to deploy IoT networks. So how should municipalities approach smart city solutions when the network options may be limited or lacking altogether?

Enter Helium– a blockchain-based IoT network that incentivises users to set up and operate their own IoT transmission sites by paying them in cryptocurrency. Helium was founded in 2013 by executives including Shawn Fanning, one of the founders of Napster.

Helium offers a simple device, much like a wifi router, which can be connected to your home or office internet. Once activated, the Helium hotspot provides coverage in the LoRaWan network. This network is a long range, low bandwidth, low power network that is highly suited to IoT devices and operates in the unlicensed 900 MHz band of spectrum. The idea is to create a user-generated LoRaWan network that can be used by anyone to connect and operate IoT sensors.

Users who operate a Helium hotspot are rewarded in the form of Helium’s own cryptocurrency called HNT. Users are rewarded simply for providing coverage and can earn even more HNT if someone actually transmits data through their hotspot. In October 2021 Helium had over 250 thousand hotspots in over 140 countries, with over 50 thousand new hotspots in the past 30 days (that’s 20% monthly growth). At the same time HNT had a market cap of $2.5bn and was the 58th most valuable cryptocurrency, according to cryptocurrency financial site Coinmarketcap.

By rewarding network providers with crypto, Helium believes it can make the business case for IoT viable and build the world’s largest IoT network.

Helium doesn’t want to stop at LoRaWan. The next move is into 5G. Many mobile network operators are rolling out 5G networks, but these suffer from a different problem from LoRaWan insofar as 5G is a high-power, high bandwidth, short range network. This means that operators will have to install a large number of 5G base stations at high density to provide adequate coverage- which will be very expensive.

Helium’s answer to this is a user-generated 5G network whereby users earn cryptocurrency for operating the network in the same way as the LoRaWan scenario. Helium has already started shipping 5G hotspots in collaboration with hardware vendor FreedomFi and MVNO GigSky.

This all sounds quite rosy but there are still a number of challenges facing Helium, specifically:

If Helium can overcome these challenges, it could indeed create the world’s largest decentralised network, which would be a considerable achievement, as it would destabilise the oligopoly that protects the traditional mobile network operators.

Helium is just getting started but its rate of growth suggests that it could be a big deal. Smart city managers and executives should consider investigating Helium as an option in their deployments as some successful implementations have already occurred. For example, Lime- the eScooter operator- uses the Helium network to track and manage its fleet of scooters.

Smart city executives should consider the below points when exploring Helium as a viable network:

Helium is a truly exciting project and everyone in the IoT space- from hardware vendors, application developers and- importantly- smart city solution developers- should watch it closely

Geosemantic Solutions is a leading application design and development firm, specialising in Smart City and Internet of Things with over 10 years’ experience in advising, designing and developing Smart City solutions. 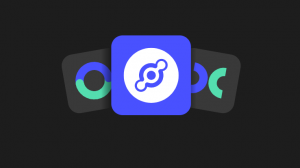 Smart Mobility in the City of Johannesburg 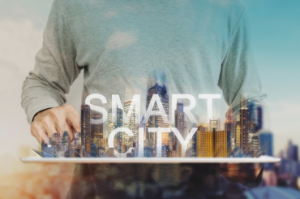